A NEW PATENT FROM IBG RESEARCHER 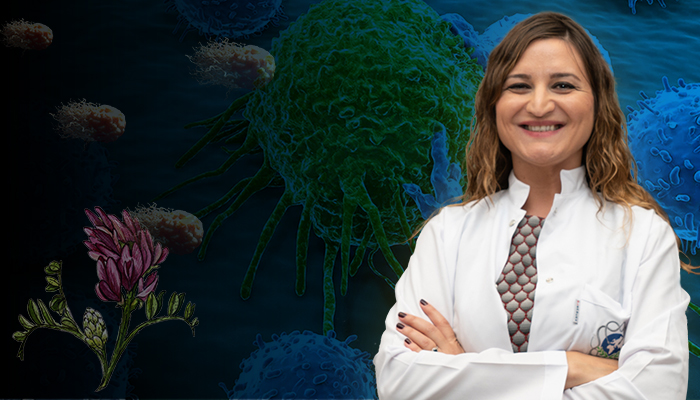 Results of a research study performed by Assoc. Prof. Duygu Sağ, group leader of IBG’s Cancer Immunology Lab, and researchers from IZTECH (Izmir Institute of Technology) Departments of Bioengineering and Chemistry were approved to be patented.

The research group involving Prof. Dr. Erdal Bedir, Prof. Dr. Ali Çağır and PhD student Nilgün Yakuboğulları from IZTECH and Assoc. Prof. Duygu Sağ from IBG aimed to synthesize different derivatives of the Saponin molecule, as well as testing the immunomodulator activities and mechanisms of efficacy of these derivatives.

Saponin molecules, which are found in some plants and marine organisms, have been widely used both in the food and pharmaceutical industries. They have a broad range of biological activities, such as anti-fungal, anti-inflammatory, anti-parasitic, anti-viral, hemolytic and adjuvant activities. When they are being used as adjuvants, they improve the immune response of a vaccine or a drug. However, the existing Saponin derivatives used in the pharmaceutical field have some downsides, such as toxicity, haemolytic effect, low stability and low yield.

Researchers from IZTECH and IBG came together with the aim of obtaining Saponin-based new adjuvants which induce cellular and humoral immunity efficiently, as well as having lower toxicity, better stability, and being more economical with a better yield. They used Astragaloside VII (AST VII) as the starting molecule, obtained from Astragalus – a plant species –, which had not been tried previously. They showed that AST VII and its derivatives DC-AST VII and DAC-AST VII have less toxicity, more stability with better yield, and that they could effectively induce the immune response. Moreover, it has been observed that these molecules had cytotoxic effect on tumor cells.

These results indicate that AST VII and its derivatives can be used as an effective immunomodulator agent in the fight against diseases such as cancer, tuberculosis, malaria and AIDS.

We congratulate Assoc. Prof. Duygu Sağ and the IZTECH researchers who patented these molecules which are likely to be used widely in the pharmaceutical industry.