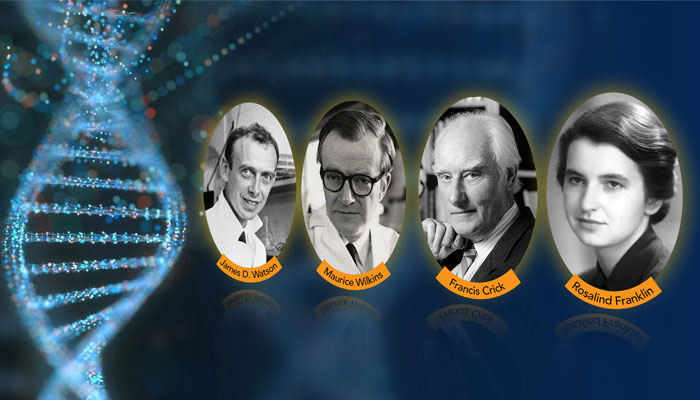 Every year on 25th of April, we celebrate World DNA Day which commemorates the discovery of DNA’s double helix by Watson, Crick, Franklin and Wilkins in 1953 and the successful completion of the Human Genome Project in 2003.

It represents an amazing opportunity for the public and students to learn about and celebrate the advances on genomic research. It is important for us to realise the impact of DNA related research on our lives.

Genomic research can be back-dated as far as 1865, when Gregor Mendel presented his research on experiments in plant hybridisation. In 1869 Friedrich Miescher identified some structures inside the nucleus and called them “nuclein” which is basically DNA and its associated proteins. Rosalind Franklin created the Photograph 51, showing the distinctive pattern that represents the helix shape of DNA in 1952. With the help of this photo, Francis Crick and James Watson discovered the double helix structure of DNA molecule and published their findings in Nature in 1953. This has become the major turning point in the genomic research field. In 1961, Marshall Nirenberg successfully managed to crack the genomic code for protein synthesis.

Another invention that changed the scientific world, and world generally, for good is the development of rapid DNA sequencing technique by Frederick Sanger in 1977. This advances have led to the understanding of the mechanisms of diseases. Huntington disease was the first one that was mapped in the genome in 1983. The same year, a powerful technique which would involve the amplification of targetted DNA regions, called Polymerase Chain Reaction, was invented. In 1989, a small DNA change in a gene called CFTR was identified in most of the Cystic Fibrosis patients compared to normal DNA. This was only the beginning of the big rush of identification of disease responsible DNA mutations. A very important gene which plays a critical role in tumor suppression was discovered in 1990; namely BRCA1. Cancer genomics, then, has become one of the most rapidly developing fields in the history. These findings have led to development of some cures against deadly diseases, especially cancer. The same year, the big news on the start of the Human Genome Project created a great excitement all around the world. The project, which can easily be named as one of the most impactful projects on human life, was completed in 2003. Meanwhile, the full genome sequences of fruit fly and mouse have been released.

Today, the speed of new discoveries in the genomics field is breathtaking. As IBG, we are working hard to take part in this advances which aims to increase the life standards and expectancy of people. As IBG family, we celebrate everybody’s World DNA Day.